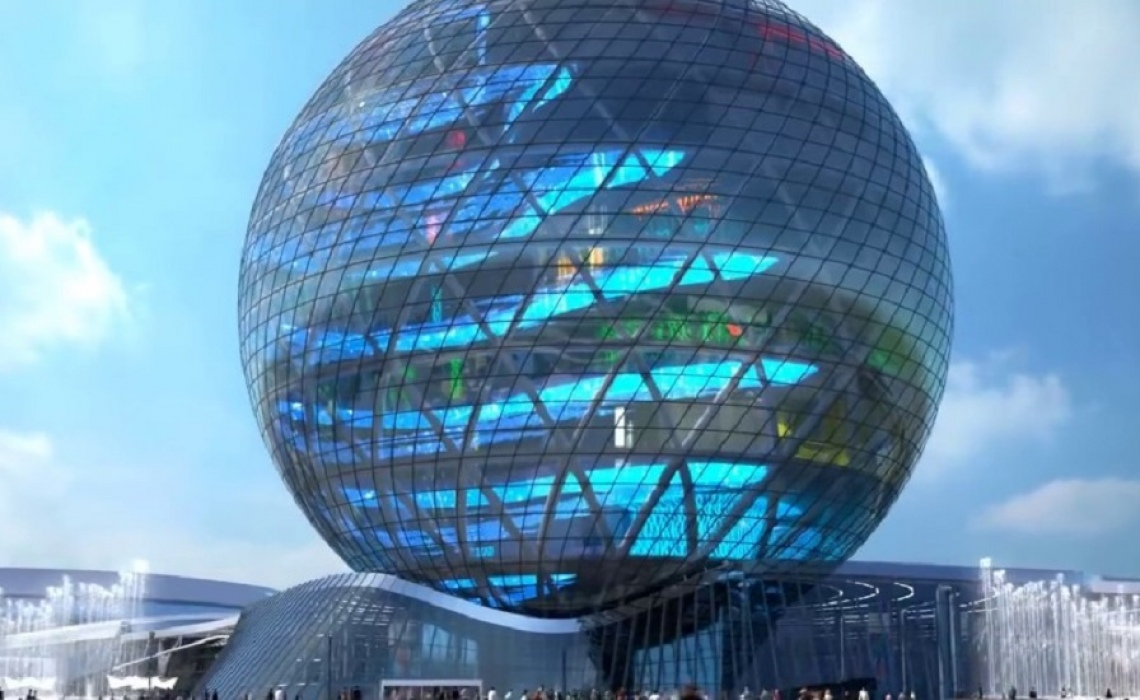 The project consists of the reorientation and reconstruction of International Pavilions (block C3) which will be the location of the International Financial Centre. The complex is located in Yessil district, Mangilik Yel avenue, house 55, building 15-18, Astana, Kazakhstan.

The total area of Pavilion C 3 is 50994.24 m2 and the total net area is 35652.6 m2. The main idea of the international exhibition center EXPO 2017 in Kazakhstan is to pay attention to the energy of the future – renewable energy, which is actively developing in Kazakhstan. The main focus of the design was to achieve an attractive architecture form of the exhibition areas and the widespread use of the modern energy-saving solutions. Why did the building undergo BREEAM certification?

The decision to apply the BREEAM Refurbishment & Fit-Out standard was made due to the large-scale reconstruction of the EXPO pavilions, which was carried out to accommodate the state structures of the Republic of Kazakhstan. The pavilion has been well recognized in categories that encourage transport accessibility, management, reduced water consumption, the use of efficient materials, land use and ecology. This was achieved by integrating the great efforts of the project team, including through the early involvement of an accredited professional BREEAM assessor.

Based on the LCC methodology, which helped to select the optimal engineering systems for the construction, a significant impact was made on the procurement process for the project. One of the biggest challenges for the project was the use of certified wood, whose suppliers in Kazakhstan at the time of certification consisted of only three companies. The increased interest in the use of certified wood has led to the expansion of the certified wood market in Kazakhstan. The facility has excellent transport accessibility, including through the arrangement of infrastructure for cyclists. The project team worked out a transport plan, the implementation of which will improve the availability of the facility in the coming years.

The application of the BREEAM RFO standard significantly influenced the purchase of end-use water consuming devices and achieved significant water conservation at the facility.The facility is equipped with a modern drip irrigation system, which was specified in view of the upcoming BREEAM certification. For the first time, the project team encountered the LCA calculation methodology and the development of a sustainable procurement plan, which became one of the most important accomplishment of the project, because two EXPO pavilions that are currently at undergoing reconstruction have not only made the decision on BREEAM certification, but also adopted the decisions that were applied to C3 pavilion.

The main challenge for the client was the large-scale reconstruction of the exhibition halls to accommodate a large number of government structures.
The project faced a number of difficulties in implementing the primary solutions, which entailed a slight decrease in the certification rating. The application of the BREEAM Refurbishment & Fit-Out standard made it possible to identify a number of weaknesses in the project, unfortunately, not all identified issues were removed during the current certification, however, a strong foundation was laid for changes in the approach to the reconstruction of the currently updated EXPO 2017 pavilions.

The main innovation and discovery for the project team was the use of LCC technology, the calculations of which led to significant changes in the project. The project team had an easier way to explain to the investor the decisions to change design solutions that were made earlier. The second contribution to the certification was made by the BREEAM standard itself, as the project team has discovered dozens of options for improving efficiency that have not been discussed previously. Benefit of assessing to BREEAM

Due to fulfilling LCA and LCC assessment of pavilion C3 through BREEAM, the total cost of building maintenance and operation cost will be reduced.

Furthermore, obtaining a certificate for the building shows that aspects of its use as transport accessibility, health and well-being, energy efficiency bring in additional interest from tenants and clients due to to the building being more profitable and sustainable. Moreover, certification of a facility that is occupied by the government will affect the Republic’s policy and lead to an increase in developers and businesses introducing such innovations. 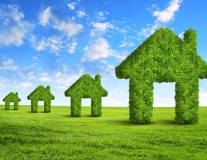 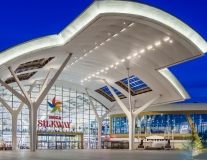 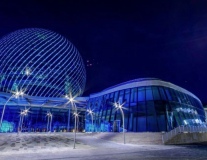 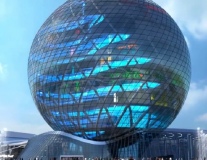 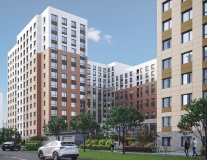 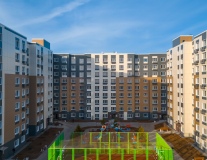 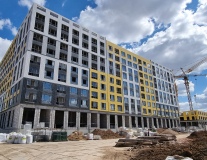